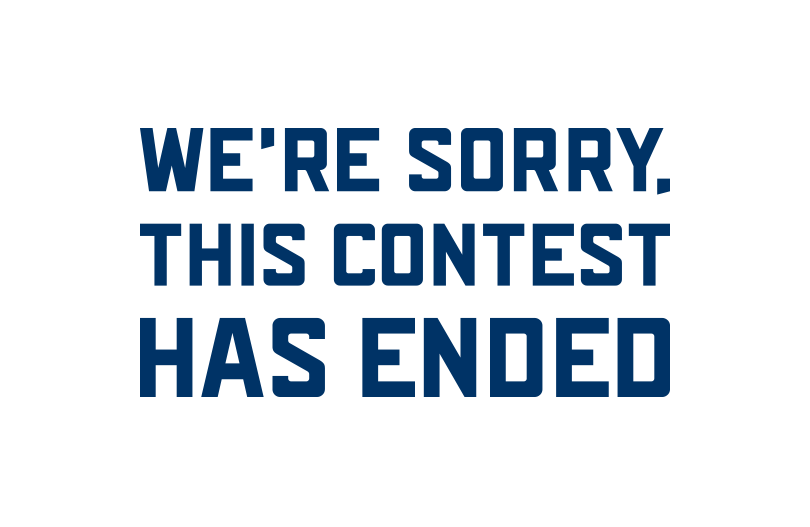 NO PURCHASE NECESSARY TO ENTER OR WIN. A PURCHASE WILL NOT INCREASE YOUR CHANCES OF WINNING. Open only to legal residents of all fifty (50) states. Must be eighteen (18) years of age or older by October 1, 2014 to enter. Void outside the United States and void where prohibited. Employees, agents and representatives (and their immediate families (parent, child, spouse or sibling and their respective spouses, regardless of where they reside) and those living in their same households, whether or not related) of COLHOC Limited Partnership dba the Columbus Blue Jackets ("Blue Jackets") the Franklin County Convention Facilities Authority ("CFA"), Columbus Arena Management LLC ("CAM"), Nationwide Arena LLC, ("NWA"), the Ohio State University ("OSU"), and the NHL Entities (defined below)) and their respective parents, affiliates, subsidiaries and advertising and promotion agencies are not eligible to enter or win. The NHL Entities shall be defined as the National Hockey League, its member professional hockey clubs, NHL Network, and each of their respective subsidiaries, affiliates, shareholders, officers, directors, agents, representatives, and employees. By participating, entrants agree to be bound by these Official Rules and the decisions of the judges and/or the Blue Jackets, which are binding and final on all matters relating to this contest. Contest is subject to all applicable federal, state and local laws.

TO ENTER: Follow the Blue Jackets on Twitter, Like the Blue Jackets on Facebook, register on the form, and submit. Entries generated by mechanical means and entries by any means which subvert the entry process are void. All entries become the property of the Blue Jackets and will not be acknowledged or returned. Entries that are late, incomplete, copied, misdirected, mutilated, illegitimate, inaccurate, illegible, lost, damaged, or incomplete entries, and/or entries that are generated by automated means, and/or late or lost entries due to data, computer and/or glitches, are void. All required information on the entry forms must be provided, or entry will be void.

WINNER NOTIFICATION: Winners will be notified by phone, and/or e-mail, in the Blue Jackets' sole discretion. Winners may be required to execute and return an affidavit of eligibility, a liability release, and, where lawful, publicity release within twenty-four (24) hours of receipt. Each winner's guest(s) may likewise be required to sign such release prior to attending the game. If such documents are not returned within the specified time period, a prize or prize notification is rejected, faulty or returned as undeliverable or declined by the winner, if the Blue Jackets are unable to contact a potential winner within 24 hours of notification, or if a potential winner is not in compliance with these Official Rules, prize will be forfeited and, at the Blue Jackets' discretion and time permitting, an alternate winner may be selected for the drawing at issue.

The winners of the prizes are solely responsible for any and all applicable taxes which may arise and be due or asserted on account of winning the prizes. A 1099 tax form will be the responsibility of the winner of the any prize.

GENERAL PRIZE CONDITIONS: Each winner agrees that the prize is awarded "as is" with no warranty, representation or guarantee, either express or implied, in fact or in law, whether now known or hereinafter enacted, relative to the use or enjoyment of the prize, including, without limitation, its quality, merchantability or fitness for a particular purpose. Winners may not substitute, assign or transfer a prize or redeem a prize for cash. Winners are responsible for any and all applicable federal, state and local taxes. The Blue Jackets are and shall not be obligated to replace any lost, mutilated or stolen prize or any prize that is undeliverable or does not reach the winner for any reason, including, without limitation, because of incorrect or changed contact information. No more than the stated prizes will be awarded. All prizes legitimately claimed will be awarded. The Blue Jackets reserve the right to substitute a prize of equivalent value.

GENERAL CONDITIONS: Released Parties (as defined below) are not responsible for lost, late, incomplete, inaccurate, stolen, misdirected, undelivered, garbled, illegible or postage-due mail or entries; or for technical failure or other errors or difficulties of any kind whether human, typographical, printing or otherwise relating to or in connection with the contest, including, without limitation, errors or difficulties which may occur in connection with the administration of the contest, the processing of entries, the announcement of the prizes and the winners, or in any contest-related materials. Released Parties are also not responsible for any incorrect or inaccurate information. Released Parties are not responsible for injury or damage to participants' or any person's computer related to or resulting from participating in this contest. Persons who tamper with or abuse any aspect of the contest, act in an unsportsmanlike or disruptive manner, or who are in violation of these Official Rules, as solely determined by the Blue Jackets, shall be disqualified and all associated entries shall be void. The Blue Jackets reserve the right at their sole discretion to suspend, modify or terminate the contest should any portion of the contest be, in the Blue Jackets' sole opinion, compromised by non-authorized human intervention or other causes which, in the sole opinion of the Blue Jackets, corrupts or impairs the administration, security, fairness or proper play, or submission of entries to the Blue Jackets, or for any other reason determined by Blue Jackets in their sole discretion. In the event the contest is so terminated the Blue Jackets, at their discretion, shall have the sole and exclusive right to select the potential winner(s) for the drawing(s) at issue from all eligible, non-suspect entries received for the applicable drawing prior to such action having been taken or as otherwise is deemed fair and appropriate by the Blue Jackets. The Blue Jackets are not responsible for electronic communications that are undeliverable as a result of any form of active or passive filtering of any kind, or insufficient space in entrant's e-mail account to receive e-mail messages. The Blue Jackets are not responsible, and may disqualify an entrant, if his or her e-mail address, telephone, or other contact information does not work or if it is changed without entrant having given prior written notice to The Blue Jackets. The Blue Jackets' failure to or decision not to enforce any provision in these Official Rules shall not constitute a waiver of that or any other provision of these Official Rules. In the event there is any alleged or actual ambiguity, discrepancy or inconsistency between disclosures or other statements contained in any contest-related materials and/or these Official Rules (including any alleged discrepancy or inconsistency in these Official Rules), it will be resolved by the Blue Jackets in their sole and absolute discretion. The invalidity or unenforceability of any provision of these Official Rules shall not affect the validity or enforceability of any other provision hereof. In the event that any provision is determined to be invalid or otherwise unenforceable or illegal, these Official Rules shall otherwise remain in full force and effect and shall be construed in accordance with their terms as if the invalid or illegal provision were not contained herein. If the Blue Jackets determine at any time in their sole discretion that any winner or potential winner is disqualified, ineligible, or in violation of these Official Rules, the Blue Jackets shall have the sole and exclusive right to select an alternate winner, even if the disqualified potential winner's name may have been already shown or announced publicly. If any person supplies false information, obtains entries by fraudulent means or is otherwise determined to be in violation of these Official Rules in an attempt to obtain any prize, the Blue Jackets may disqualify that person and seek damages from him or her, and that person may be prosecuted to the fullest extent of the law. Entrants, by participating, acknowledge, stipulate and agree that each and every one of the Blue Jackets, the CFA, CAM, NWA, OSU and the NHL Entities, Fox Sports Ohio, and their respective parents, affiliates, subsidiaries and advertising and promotion agencies and all of their respective officers, directors, members, managers, contractors, employees, representatives, agents, successors and assigns (collectively, "Released Parties") shall have no liability whatsoever for, and shall be and are forever saved and held absolutely harmless by entrants, winners and winners' guests, their successors, assigns and estates, from and against any and all claims and liability whatsoever, including but not limited to tax liability, for any and all injuries, losses or damages of any kind or type whatsoever, including but not limited to personal injury, paralysis and/or death, to persons or property resulting in whole or in part, directly or indirectly, from participation in this Contest and/or from the acceptance, possession, misuse, awarding or use of any prize (including any and all activities related thereto) and/or while preparing for, participating in and/or traveling to or from any prize- or contest-related activity. CAUTION: ANY ATTEMPT TO DELIBERATELY DAMAGE OR UNDERMINE THE LEGITIMATE OPERATION OF THE CONTEST IS A VIOLATION OF CRIMINAL AND CIVIL LAWS AND SHOULD SUCH AN ATTEMPT BE MADE, COLHOC LIMITED PARTNERSHIP SHALL DISQUALIFY ANY SUCH INDIVIDUAL AND EXPRESSLY RESERVES THE RIGHT TO SEEK DAMAGES (INCLUDING ATTORNEYS' FEES) AND OTHER REMEDIES FROM ANY SUCH INDIVIDUAL TO THE FULLEST EXTENT PERMITTED BY LAW.

DISPUTES: Except where expressly prohibited by law, as a condition of participating in this Contest, each entrant agrees that any and all disputes that cannot be resolved between the entrant and any Released Party, any and all claims and/or causes of action arising out of or connected with this Contest, or the prize(s) awarded, or the determination of the winner must and shall be resolved individually, without resort to any form of class action. Further, in any such dispute, under no circumstances shall an entrant be permitted or entitled to obtain awards for, and each and every entrant, winner and winner's guest, hereby waives any and all rights to claim punitive, incidental or consequential damages, or any other damages, including attorneys' fees, other than such entrant's, winner's or winners guest's actual out-pocket expenses (if any), said sum not to exceed two hundred fifty dollars ($250), and every entrant, winner and winner's guest further forever expressly waives any and all rights to have damages multiplied or increased.

WINNERS' LIST: For the names of the winners, send a self-addressed stamped envelope to: The Columbus Blue Jackets, 200 W. Nationwide Blvd, Columbus, Ohio 43215. Only one (1) request per outer envelope will be fulfilled.

COPY OF OFFICIAL RULES: For a copy of these Official Rules, print out these pages or send a self-addressed stamped envelope to: The Columbus Blue Jackets, 200 W. Nationwide Blvd., Columbus, Ohio 43215, for receipt no later than the end of the Promotion Period. Only one (1) request per outer envelope will be fulfilled.

We care about your privacy Opt out of targeting | erase your data.

Just like Santa - our campaigns can't work without cookies! A cookie is a simple piece of code that allows us to verify whether or not you're a real person trying to enter this contest. It's very simple to enable cookies, and you're welcome to turn them back off again once you're finished entering.